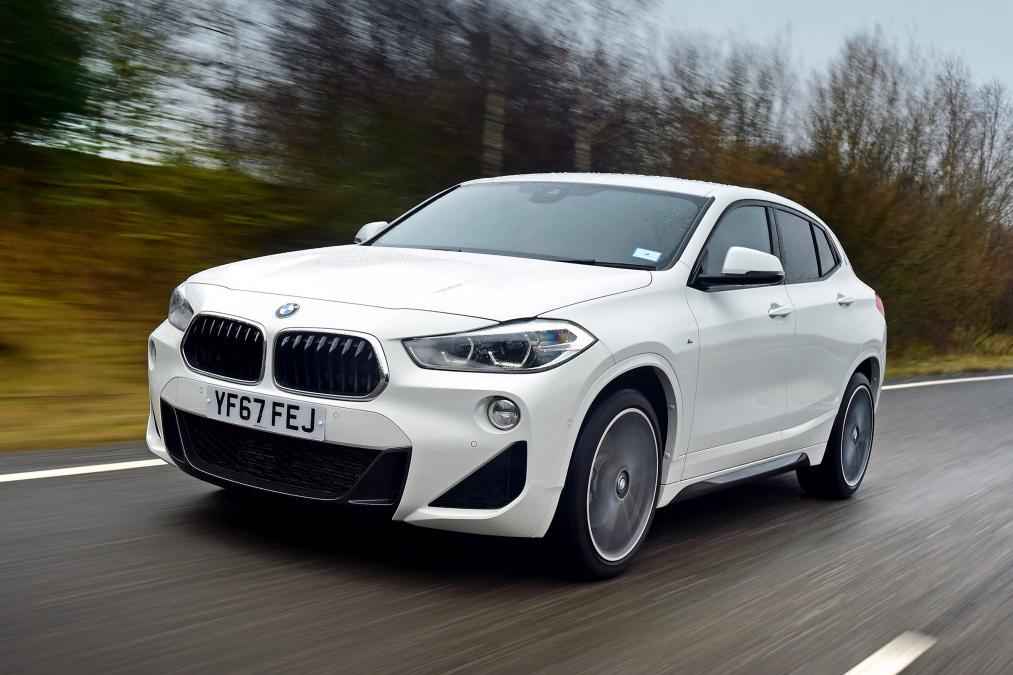 The X2 arrives as a more interesting addition to BMW’s ever expanding SUV line-up, but it won’t be the best choice for all. This style oriented crossover sits low compared to tall riding rivals, so while it’s great to drive, feels great inside and boasts eye-catching looks, it lacks the road-commanding appeal of similarly priced compact SUV models, and even the cheaper BMW X1.

BMW’s SUV line-up has been a huge success for the firm since the arrival of the original X5 back in 1999 and it’s still growing. The latest arrival is this – the X2. It’s positioned as a more stylish and eye-catching option at the smaller end of the BMW X line-up that sits above the X1. Size-wise, it rivals everything from the Mercedes GLA to the Audi Q3 and Jaguar E-Pace.

The X2 was first revealed in concept form at the Paris Motor Show in 2016 and the production car now on sale in the UK bears a striking resemblance to the design study. It looks suitably different to the more straight-laced X1 it shares its underpinnings and drivetrains with but BMW says it has pumped millions into retuning that X1 architecture in a bid to inject a sporty character into the X2, more befitting of its low-slung appearance.

Entry level models are badged SE, while the middle of the range is occupied by the Sport versions. BMW now offers two range-topping trims, as M Sport is joined by M Sport X – a more off-road inspired bent of the typical M theme.

Only front-wheel-drive and xDrive all-wheel-drive models are available and the UKL2 platform utilised by the X2 means that all the engines are four-cylinder units. Just the xDrive20d powertrain is available right now, though it’s still expected to be the most popular choice with buyers after it has been joined by the rest of the X2’s engine line-up. That’ll include a lower powered 18d diesel available with either front-wheel-drive or xDrive, and a front-wheel-drive 20i petrol model. A performance X2 M is likely to surface further down the line too - though, again, it’ll be limited to four-cylinders given the car’s platform.

As a sportier looking, coupe inspired SUV, the BMW X2 has a lot of plates to spin in the driving department, so it’s not surprising to hear that BMW has spent plenty of time and money developing the X1 based architecture to try and coax out a specific X2 character.

From behind the wheel the typically well-sorted BMW steering entertains. It feels direct and sharp, and is nicely weighted. Although the xDrive models feel a little heavy when pushed, the X2 still turns-in nicely on twisty tarmac. Though we’ve yet to drive one, a front-wheel-drive model will probably feel lighter on its feet.

Unsurprisingly for a premium product, the X2 is comfortable and easy to drive on long motorway hauls. However, driver assistance tech for the highway is largely relegated to the options list. On any X2 lane departure warning and active cruise control will cost you extra as part of an options pack.

At speed the firm ride irons-out bumps nicely, though the trade-off is a slightly busy low speed ride, even when Comfort mode is selected via the optional Electronic Damper Control toggle switch. M Sport models ride on 19-inch wheels too, and the low profile tyres impede the ride quality on rougher surfaces. They also induce noticeable tyre roar on the motorway, which is a shame as the 20d power unit is impressively refined.

The 2.0-litre xDrive20d diesel is likely to be the volume seller thanks to its decent all-round mix of performance, refinement and fuel economy. It develops 187bhp, is capable of 0-67mph/100kmph in 7.7 seconds and records a top speed of 137mph/205Kmph.

Joining it will be a lower powered version of the same 2.0-litre diesel unit. These cars will be badged 18d and offered with a choice of front-wheel-drive or the xDrive all-wheel-drive system. Producing 148bhp, sDrive20d models do 0-62mph/93kmph in 9.3 seconds, with xDrive versions slightly quicker at 9.2 seconds.

Petrol power is covered by a single front-wheel-drive option for the time being. The sDrive20i produces 189bhp and matches the 20d to 62mph/93kmph, but clocks a top speed of 141mph/211kmph.

Basic 18d models are offered with manual gearboxes but an automatic option is available and is equipped as standard on 20d versions of the X2. 20i petrol cars get a seven-speed dual-clutch transmission.

A high-quality, tech loaded interior that’s typical of the badge is combined with unconventional styling

The X2 fills yet another niche gap in BMW’s line-up, though in an attempt not to be seen as a box ticking exercise it gets its own distinct, more youthful design language. It’s a similar approach to the one taken by Audi with the Q2.

As such, a more rakish hatchback rear end, a low stance, plus angular, sporty bumpers are paired off with rugged SUV cladding. However, standing next to the car reveals that it doesn’t stand very tall – its roof is no higher than a family hatchback’s.

Unlike some cars, the X2 retains a lot of what its concept car exhibited back at its public reveal. With swept-back lights, a rising window line (incorporating BMW’s signature Hofmeister kink), ultra-slim hatchback glass and even the BMW badge inset into the C-pillar, all being transferring over from the Concept X2 from the Paris Motor Show in 2016.

Short overhangs help give it a sportier look than the X1, but the two models actually share the same wheelbase. Against the tape measure the X2 is 4,360mm long, 1,824mm wide and 1,526mm tall, so it’s a little bit larger in every dimension that a Volkswagen Golf, but only just.

While the car’s exterior design is quite different to every other car in the X line-up, the interior is much more straightforward. It’s lifted almost wholesale from the X1, so it’s immediately familiar in both layout and quality, with a neat centre panel, top quality materials and a digitalised instrument panel. It should be noted that BMW’s digital instruments are quite unlike Audi’s Virtual Cockpit system, however – they are purely computerised versions of the traditional binnacles.

Basic X2 models get a 6.5-inch infotainment system with sat-nav. Specifying the Navigation Plus pack replaces this with a sharper, 8.8-inch touchscreen, which can also be operated through a trademark BMW rotary iDrive dial. As such, the setup offers the best of both worlds, with the rotor button making the infotainment easy to use on the move.