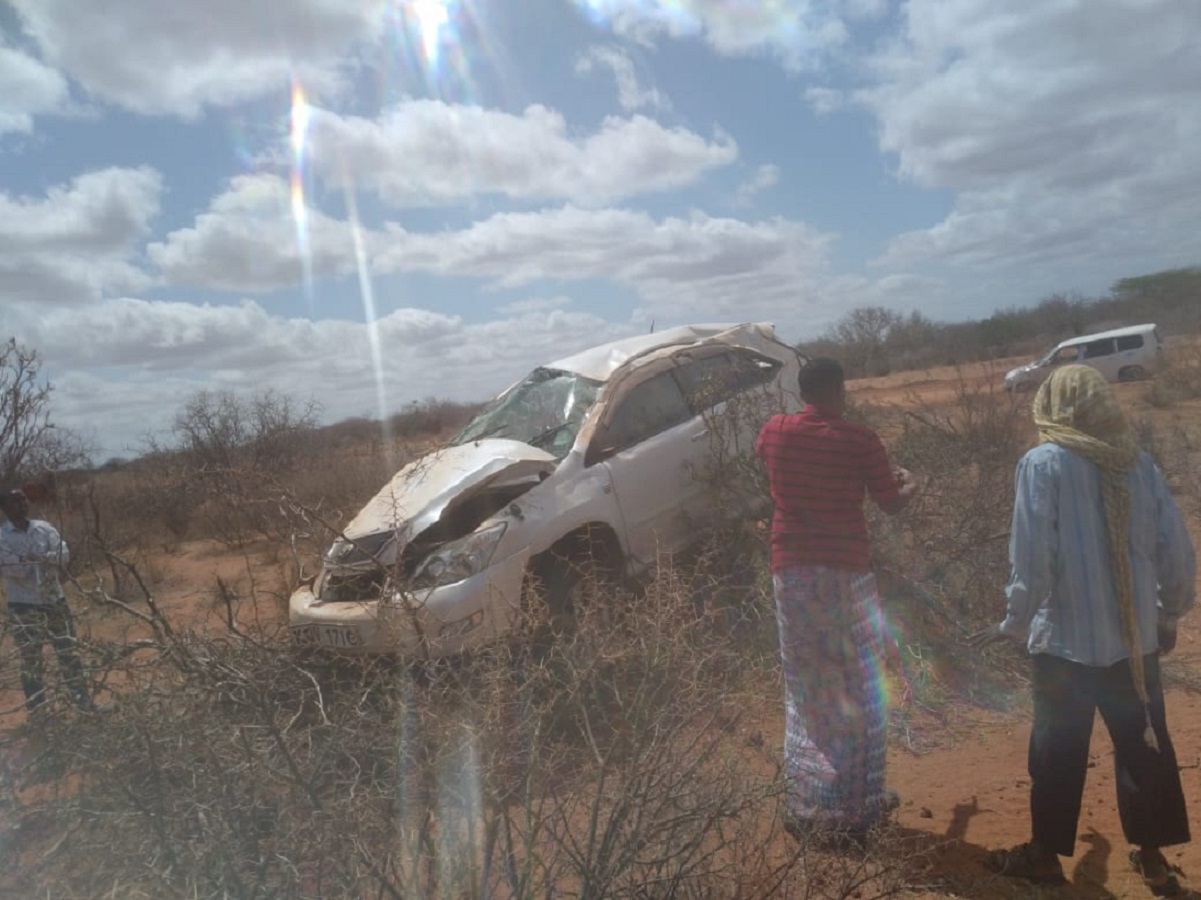 I'm sure the vicious little gang of 'brand assassins' have already began deconstructing the stability of Toyota Harrier. In the event on a single car accident and not available witnesses possibilities could be endless; he could have tried to avoid hitting an animal, or mechanical failure of the car or drivers own error caused by bad judgement, illness or distraction.

Dubow Bare, the elder brother to Garissa Township MP and former Leader of Majority in the National Assembly Aden Duale has died in a tragic road accident.

The accident occurred on the Mwingi -Garissa road on Sunday; photos show the mangled wreckage of the white Toyota Harrier that Mzee Bare was traveling in.

Details of what caused the accident are still scanty save for an outpouring of condolence messages to the MP’s family from Kenyans online.

Deputy President William Ruto mourned the late as a ‘distinguished businessman and devoted advocate for peace who will be remembered for his fresh ideas that transformed many lives”.

READ  How to Photograph an Accident Scene

Mzee Bare who retired from the army was a businessman in Garissa town until his sudden demise.

The legislator’s mother succumbed while receiving treatment in Nairobi. She was 90-years-old at the time.