Home Global News I believe I can fly

I believe I can fly 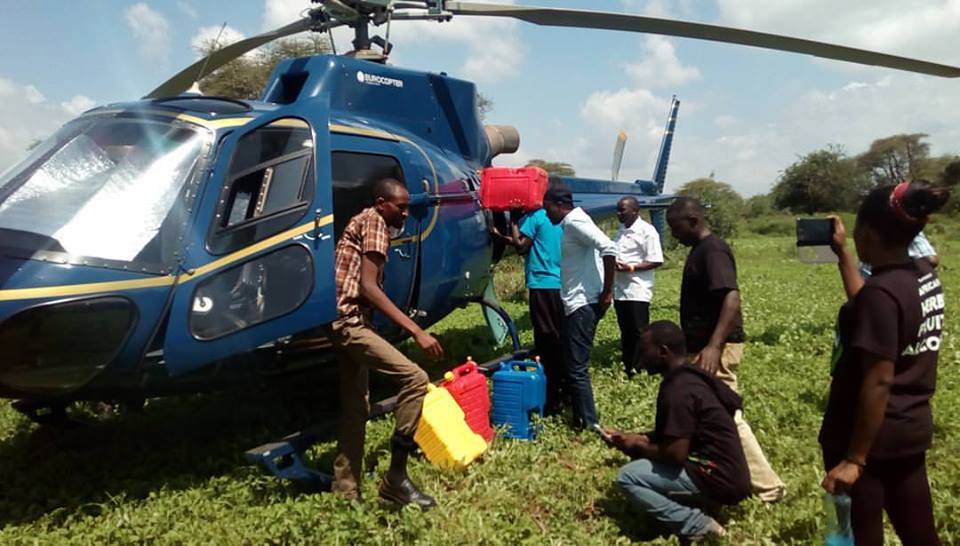 “One thing that has characterised the helicopter since its invention in the 1930s has been the absurdity of the machine. The contraption simply looks unable to deliver on its promise, which is to fly up and down, backward and forward, right and left,” it is written on the website.

According to the on-line information resource, “the famous US broadcast journalist Harry Reasoner discussed this apparent paradox in a 1971 commentary he delivered about the use of helicopters in the Vietnam conflict.”

Of the machine, a type of which killed Internal Security Minister Prof George Saitoti, his Assistant Minister Orwa Ojode, pilots Nancy Gituanja and Luke Oyugi and bodyguards Thomas Murimi and Joshua Tonkei on Sunday, the broadcaster had an interesting observation.

“An airplane by its nature wants to fly. … A helicopter does not want to fly. It is maintained in the air by a variety of forces and controls working in opposition to each other, and if there is any disturbance in this delicate balance, the helicopter stops flying, immediately and disastrously. There is no such thing as a gliding helicopter.” Scary.

READ  How to Apply for NTSA Change of Car Engine

Reasoner, writes the website, “laid bare the fundamental reality of helicopters -- that the machines have complex designs and that flying them is extraordinarily complicated. The pilot has to think in three dimensions and must use both arms and both legs constantly to keep a helicopter in the air. Piloting a helicopter requires a great deal of training and skill, as well as continuous attention to the machine.”

Retired Kenya Air Force pilot, Capt John Kioko, agrees that while a fixed-wing plane can glide, reducing fatalities, a helicopter falls like a stone from the sky.

READ  5 things you should never ignore in your car

Helicopters are unable to operate in extreme bad weather conditions and are said to be more dangerous at night, which is why during the NO and Yes campaigns for the new constitution, a pilot refused to fly a Cabinet Minister back to Nairobi.

She had extended a meeting to 6.30pm. In April this year, a hiker on Mt Kenya died when a Lady Lori helicopter dispatched to rescue him failed to fly up the mountain due to bad weather.

READ  What are different car brands known for?

Since the first helicopter flew in Kenya, there have been numerous fatal accidents involving civilian and military helicopters blamed on various reasons and, according to the American Space Agency, NASA, helicopters crash 10 times more than other types of aircraft.

On July 27, 1996, the Eastern Provincial Commissioner Ishmael Chelang’a, Rift Valley Provincial Information Officer Kaetuai Katampoi and other senior civil servants died in a chopper crash in Marsabit. An inquiry found out that the aircraft had not been properly serviced.

On January 4, 2002, six Kenya Air Force men were killed when their helicopter, a French-made Puma, ploughed into a clump of trees and burst into flames, Salama, Makueni.

READ  Is your business viable?

One-time Vice President Moody Awori survived a chopper mishap on June 26, 2004. A year later, a military chopper carrying him failed to take off after a function in Kapenguria.

Captain Nyanjui would be involved in another chopper accident in December 2007, this time alone when his chopper developed electrical problems and crashed in Mt Kenya.

He was rescued a week later having survived on leaves. He vowed to keep on flying. Calls to get have his take on helicopters went unanswered.

In September 2008, a helicopter carrying three tourists went down in Mount Kenya, killing one of them.

On May 11, 2009, a Russian- made police chopper ferrying Police Commissioner Major General Hussein Ali and Mr Orwa Ojodeh lost power and plunged into a field in Kapsabet.

In October 2011 a military chopper crashed during takeoff at Liboi killing all the five on board at the start of Operation Linda Nchi.

Despite the growing list of helicopter accidents, the aircraft is increasingly being used by Kenyan politicians and business executives because of its ability to land in remote places without airstrips.

Before 2002, the use of government helicopters was strictly limited to President Daniel Moi and powerful politicians.

Even in the neighbouring Uganda not many people own helicopters.

In a June 2011 advertisement Kampala’s largest charter company, Kampala AeroClub, highlighted one of its achievements as the registering of Uganda’s only commercially available helicopter.

“The cost of hiring a helicopter has increased to over 500 per cent in the last five years,” Capt Thomas Samoei, a former air force pilot with over 27 years flying experiences, says.

Compared to fixed wing aircraft, helicopters are much more expensive to buy, run and maintain.

A helicopter, according to Cpt Samoei, consumes about 150 to 160 litres of jet A-1 fuel at a cost of Sh82 per litre in an hour.

One Eurocopter model consumes 160 to 190 litres per hour of jet fuel meaning that if it is air-borne for five hours, one parts with close to Sh100, 000 for fuel alone.

The costs are much lower for fixed-wing machines. A six-seater Cessna U206 uses about 240 litres of Jet A1 fuel to fly from Wilson Airport to Turkana, which is about Sh20,000.

It costs about Sh160,000 per month to keep a helicopter at a hangar in Wilson Airport, Nairobi, while insurance ranges from Sh6million to Sh10million depending on the cost and the capacity of the chopper.

Parking costs Sh800 a night at Wilson Airport where the navigation fee is Sh1,600 and landing Sh800.

It’s also much more expensive to train and pay a chopper pilot than a fixed-wing aircraft one.

A chopper pilot is paid Sh8500 (100 dollars) per hour’s flight while to hire a chopper at Wilson Airport costs anything between Sh40,000  and Sh150, 000 per hour depending on how far you are travelling.

Never mind the cost. Helicopters are now common place in rural Kenya, the commonest being the Eurocopter or Bell makes.

During the burial of the father of Mr Ojodeh politicians and other high ranking government officials arrived in 12 helicopters.

This model is renowned for its reliability and is on record as having been the first helicopter to land on Mount Everest.

Mr Uhuru Kenyatta regularly uses two choppers but his spokesman, Munyori, could not confirm who owns them.

READ  No More Oops! I sent cash to wrong Mpesa

Kilome MP John Harun Mwau and Juja Mp William Kabogo are also regular helicopter users giving rise to speculation that they own the  machines as does Siakago MP Lenny Kivuti.

The fleet has previously been used to fly royal families, heads of state, and chief executives of major corporations and celebrities.

The Kenyan military operates various types of helicopters among them the gunships YY and Chinese  Z-9s which are being used in the fight against the Al-Shabaab in Somalia.

As of July 2011, the Kenya Police Air Wing owned eight helicopters five of which were unserviceable.

READ  Is your business viable?

To acquire and assemble a Eurocopter in Kenya costs about Sh300 million. All helicopters are imported as knocked down kits and then assembled.

The Eurocopter, which is designed for external load operations, filming, scenic flights and VIP transportation, can remain in the air for over four hours.

The Schweizer model 300C, which is mostly used at Wilson Airport for training is reputed to be one of the finest and most versatile piston engine helicopters.

Last year, Nicholas Muhoya of the Kenya Civil Aviation Authority said that his department examines a  craft’s history, general airworthiness, maintenance serviceability and equipment such as life-limited parts before issuing a certificate of airworthiness, which goes for about Sh25, 500.