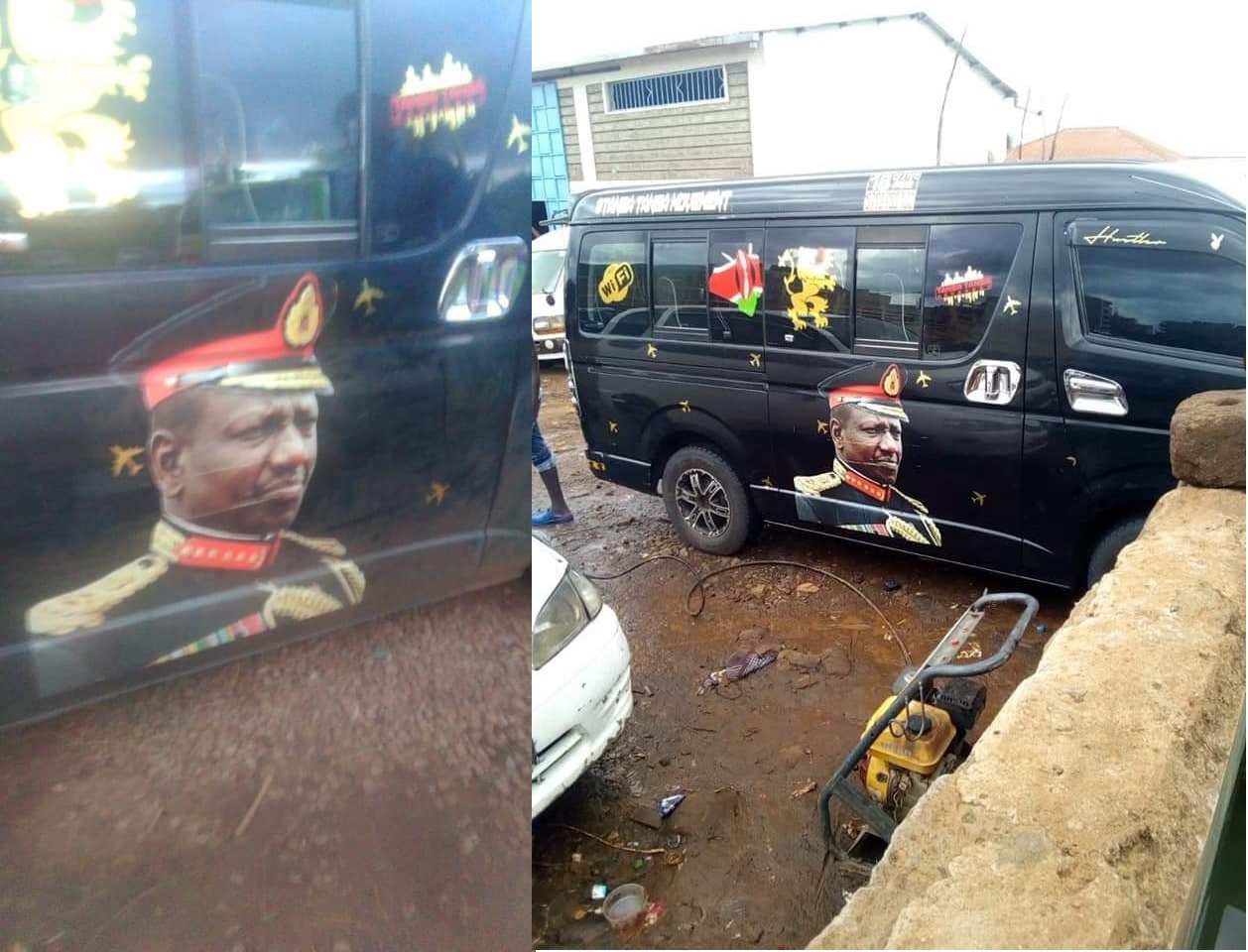 The vehicle also had the Coat of Arms and the national flag graphics displayed.

The Toyota Hiace(Box), has been confiscated and is detained at Juja police station.

The Member of County Assembly together with his driver will appear before Thika Chief Magistrate for contravening Section 3(a) CAP 99 law of Kenya touching on the national flag, emblems and names Act.

The Kenyan law forbids flying the national flag on any private premises on any occasion except a public holiday “or such other occasion as may be notified by the President”.

The law further says, any person who flies the National Flag “on any motor vehicle” shall be guilty of an offence.

If you fly the flag, you can be jailed for up to five years or fined an amount not exceeding 5 million shillings or both.

The only people immune to this law are: the President, the Deputy President, the Chief Justice, the Speaker of the National Assembly and Senate, Cabinet Secretaries, Kenyan diplomats (only when abroad) and the Attorney-General.

The first governors to be elected attempted to fly the national flag in their official cars. They were promptly rebuked by the then Attorney-General Githu Muigai that they will be prosecuted if they continue the trend.