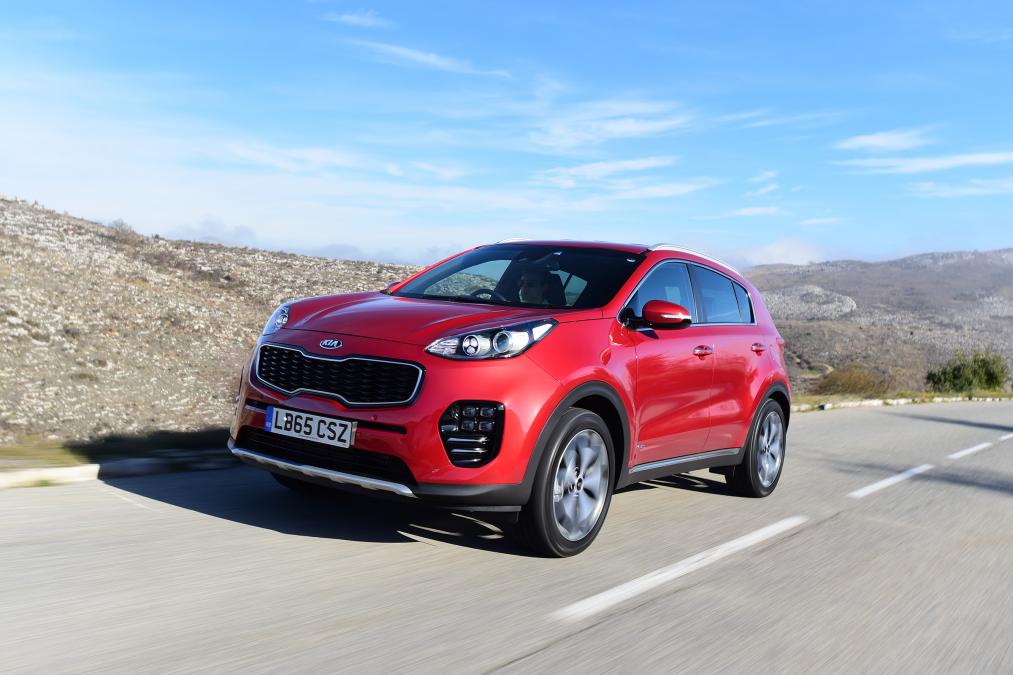 Arguably the car that has done the most to change Kia’s brand image, the third-generation Sportage showed Kia could make attractive, stylish and great value cars all backed up by a seven-year warranty. The new, fourth-generation car takes these key strengths and improves on them in a number of ways, pushing the Sportage towards the top of the small SUV class.

It’s a rival for the Nissan Dualis/Qashqai, Ford Kuga and Mazda CX-5, and it also squares up to its sister car – the Hyundai Tucson. It ranks as one of the better-made cars in its class, and while it may trail the Mazda CX-5 for outright space, the Sportage is one of the roomier small SUVs. It falls a little short of the Kuga and, once again, the CX-5 for handling, but the Sportage is by no means a boring car to drive. Its combination of quick steering, supple ride and decent body control means the Kia Sportage is one of the best all-rounders in its class.

The fourth generation Kia Sportage was launched in 2016, into a marketplace packed with more high quality rivals than any of its predecessors were ever forced to contend with. The seemingly unstoppable rise of the SUV/crossover class means Kia now pitches the Sportage against models as varied as the Hyundai Tucson, Nissan Qashqai, Ford Kuga, Renault Kadjar, Suzuki Vitara, Mitsubishi ASX and Ssangyong Tivoli.

Typically, the 2016 model replacement featured an array of new tech and a build quality hike, as the Sportage – and Kia itself – continues a journey from budget brand to the automotive mainstream.

The Korean manufacturer offers the Sportage for sale in two- and four-wheel drive guise as before, and the five door hatchback is the only bodystyle. You can pick from a range of two petrol and four diesel engine options, and the transmission options include manual, auto and dual clutch auto gearboxes. However, the firm’s decision to carry over engines from the previous generation, albeit tweaked for improved efficiency, has cost the Sportage points.

Visually, the latest Sportage is not quite as dramatic as its predecessor but still has what it takes to turn heads in a fashionable sector, especially if you can afford a higher-spec model with the classier trim finishes.

Like the rest of the Kia line-up, the Sportage comes in trim variants that are simply numbered 1, 2, 3 and 4. At least it does if you’re looking at two-wheel drive variants. The Sportage 4x4 is badged KX-1 to KX-4 so you can tell the two apart.

Specs are the same for each, whether you’ve got a KX prefix or not, and in typical Kia fashion even the entry level 1 is well-equipped – the list includes a DAB radio, cruise control and air-con.

Paying extra for the Sportage 2 trim level nets you a touchscreen sat-nav, while level 3 includes a premium audio system and reversing camera. For 4s, there are electronic safety features like autonomous emergency braking, blind spot monitoring and cross traffic alert.

At the top of the Sportage range is the sporty looking GT line, which has 19-inch alloys, ‘ice-cube’ style fog lights and a black leather interior.

Former Audi designer, Peter Schreyer, remains in charge of design at Kia and is responsible for the second-generation Sportage’s stylish look.

There are hints of premium SUVs like the BMW X1, Volkswagen Tiguan and even – from some angles – the Porsche Cayenne in this design.

However, none of these rivals can get close to this Kia’s industry-leading seven-year, 100,000-mile warranty that also applies to all models in the Kia line-up.