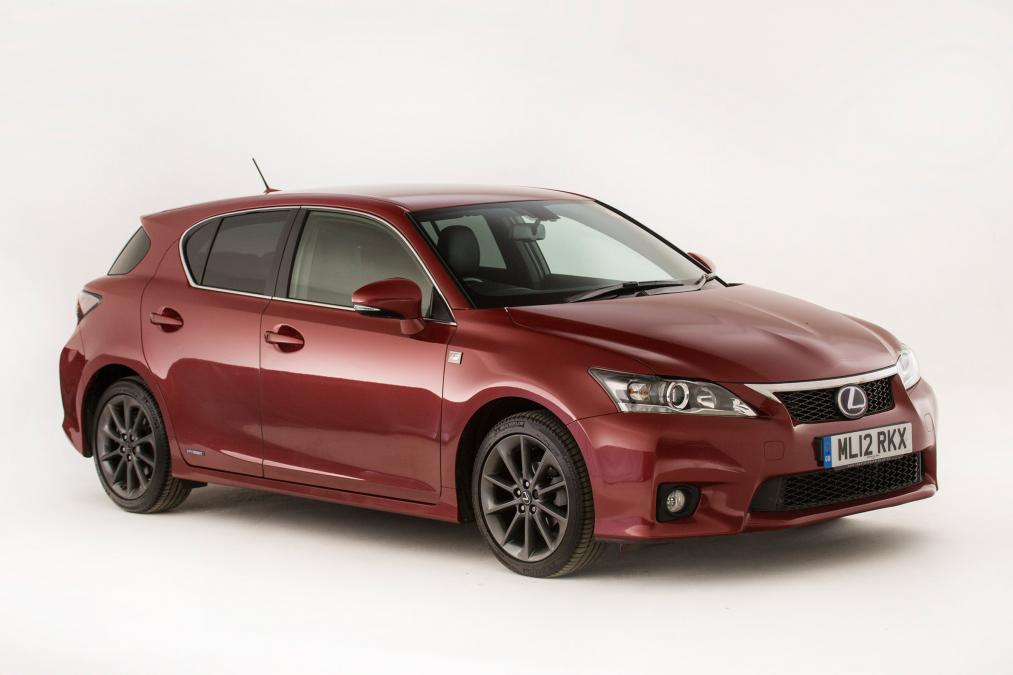 On paper, the CT 200h was a stroke of genius from Lexus. When it launched in 2011, sister brand Toyota was already enjoying huge success with the hybrid Prius. However, while that car was popular, it wasn’t especially luxurious.

The premium brand’s answer was to take the Prius’ petrol/electric running gear and put it into a bespoke body that mixed luxury with sharper looks – and the CT 200h was born.

Sadly, the execution wasn’t as good as the concept, with the driving experience and interior quality not to the level we hoped for. Upgrades have made the CT more of a contender, though, so while it’s no class leader, it still makes a great ubuy.

The CT 200h arrived in  in February 2011. There was a choice of three trim levels (SE-I, SE-L and SE-L Premier) with the racier and more plush F-Sport appearing in January 2012. A year later, the high-value Advance was launched, along with the entry-level S. The trim hierarchy was revamped as well (now SE, Luxury and Premier).

A facelifted CT 200h was introduced in March 2014 with styling changes, a revised chassis (for an improved ride) and extra standard equipment, plus lower prices.

The high-spec Advance Plus from spring 2015 brought sat-nav, metallic paint and a sunroof.

Which one should I buy?

There’s very little to separate the various CT 200h models apart from trim level, as they’re all the same mechanically. That means a 1.8-litre petrol engine backed up by an electric motor to give 134bhp, with all cars featuring a CVT automatic gearbox.

Alternatives to the Lexus CT200h

Until the arrival of the Volkswagen Golf GTE at the end of 2014, the CT had the hybrid luxury hatch market almost to itself. Just weeks after the Golf went on sale, it was joined by the Audi A3 e-tron Sportback.

Both cars offer five-door hatchback practicality with a petrol/electric hybrid drivetrain. However, as they’re still so new, prices are high. Yet both models are more impressive than the Lexus. Meanwhile, the Toyota Prius is more practical and delivers better performance for less money, although it’s not as plush.

The Citroen DS5 hybrid is stylish and well equipped, and it’s also unique in this group in that it has a diesel/electric powertrain.

The CT’s official fuel economy figure is 68.9mpg. Some owners have got close to this when trying, but expect 50-55mpg in everyday driving.

Because the CT is so quiet on the move, every minor noise in the cabin is noticeable, such as rattles from the cup-holders.

A lot of CT owners aren’t very impressed with the performance of the standard-fit stereo systems. Even the upgrades can be underwhelming.

As with many modern cars, instead of a spare wheel of any kind, there’s a tyre mobility kit. Some overseas-market models get a space saver, though.

There are lots of toys and the build quality is good, while the seats are among the comfiest in any car of this size. Cabin space is good and the boot is roomy, even though it has to accommodate the hybrid powertrain – there’s 375 litres with the seats up, or 985 litres when they’re folded.