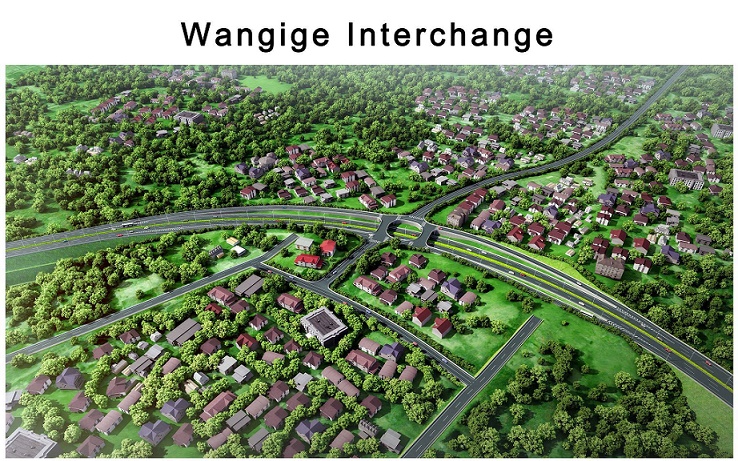 The construction of the Sh17 billion Western Bypass risks stalling after residents rejected the redesign of proposed interchange at Wangige Shopping Centre.

The new design eats into Wangige Primany School land as well that of its proposed secondary school. It also touches St Peter’s ACK Church, Ndunyu, with its newly-constructed commercial block, vicarage and an academy set to be brought down.

Subsequently, parents at Wangige Primary and Secondary schools, led by the board of management, have petitioned the Kenya National Highway Authority (KeNHA) to revert to the original design, which they said did not interfere with the school and the church infrastructure.

The petition, signed by the school board chairman David Thimba, a former University of Nairobi lecturer, has been copied to Kiambu Senator Kimani Wamatangi, who is the chairman of the Senate Roads and Transport committee.

The parents have given KeNHA a seven-day ultimatum to revert to the original design, failure to which they will seek legal redress. They faulted the road agency for redesigning the road without involving all stakeholders.

“We demand that the construction be returned to its original design failure to which we shall be compelled to seek legal redress. We will as well be forced to call for a public mass action,” reads the petition in part.

Thimba said the aggrieved parties are not opposed to the project, but are against the change of design without consultation.

“We were not even informed of the changes, we are relying on third parties. We would have been ambushed by the contractors,” he said.

The Gitaru-Wangige-Ruaka bypass is being built by the China Road & Bridge Corporation. Wamatangi has promised to visit the area with a view to  assessing the situation before presenting the petition to the Senate committee.

READ  How to Make Your Car Unbreakable