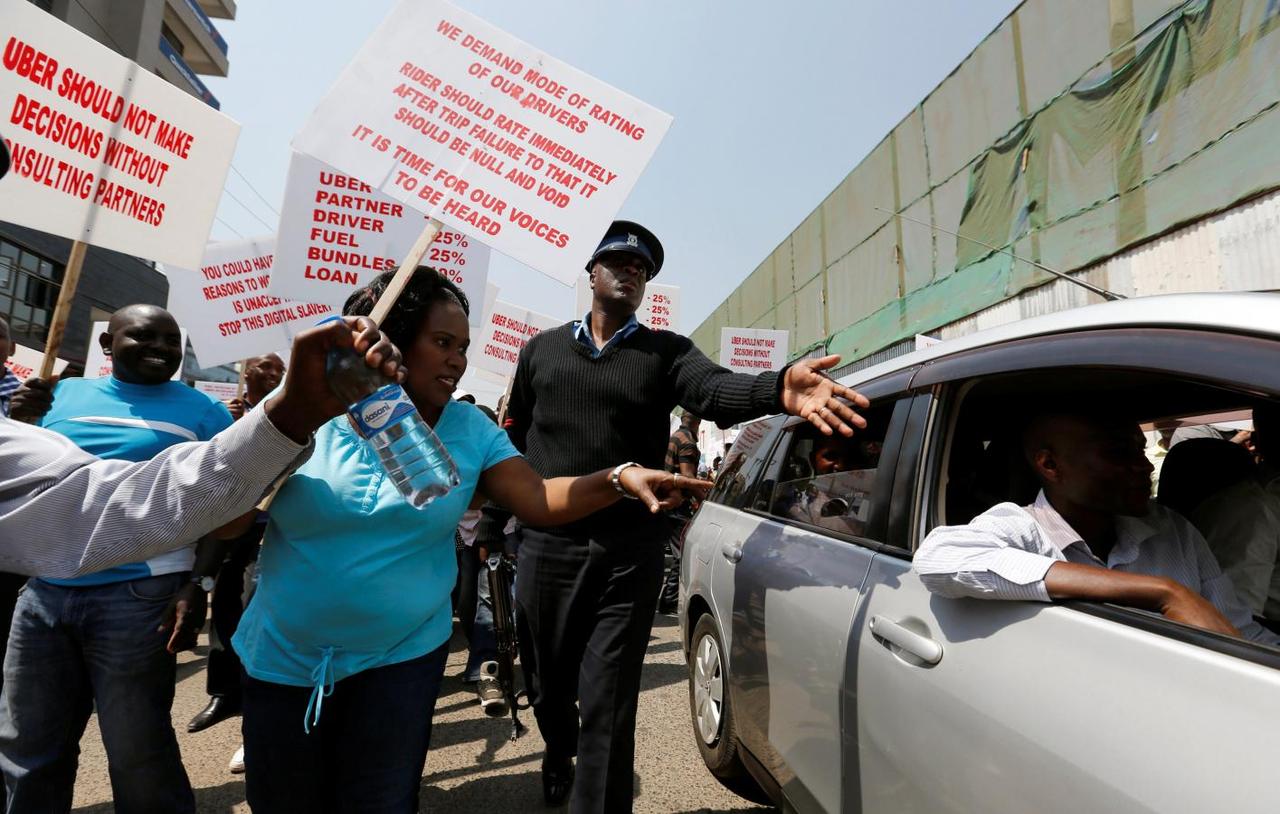 section of online taxi operators on Monday downed their tools to protest failure by some hailing apps managers to honour a memorandum of understanding (MoU) signed in July 2018.

Led by the Chairman Digital Partners Society Rhayan Kanyandong, the operators accused Uber and Taxify for playing hide and seek games instead of honoring the MoU that they signed in the presence of the Ministry of Transport and Infrastructure officials.

Mr. Kanyandong called on Uber and Taxify to honour the pricing of trips as per Automobile Association AA model following the agreement with Digital Taxi Forum.

“We agreed with the app companies to renew trip prices for the well-being of drivers”, Kanyandong said.

The taxi association also raised concerns over the drivers’ welfare and security being taken for granted by the two app companies as they said most of the drivers were having accidents due to overworking.

To address the issue, they are calling on both the government and the app managers to come up with a policy that will help in addressing the issues of drivers appropriately. Some of them, they claimed, have had to fund raise when one of their own dies.

Other issues which they want addressed are recognition of the Digital Taxi Forum by all app managers.

According to the officials from the forum only Imara cab and Little cab have honoured the MOU.

They have also proposed for the formation of a professional body that will be used to audit prices.

This article first appeared on K24