Oops! When your wheel comes off 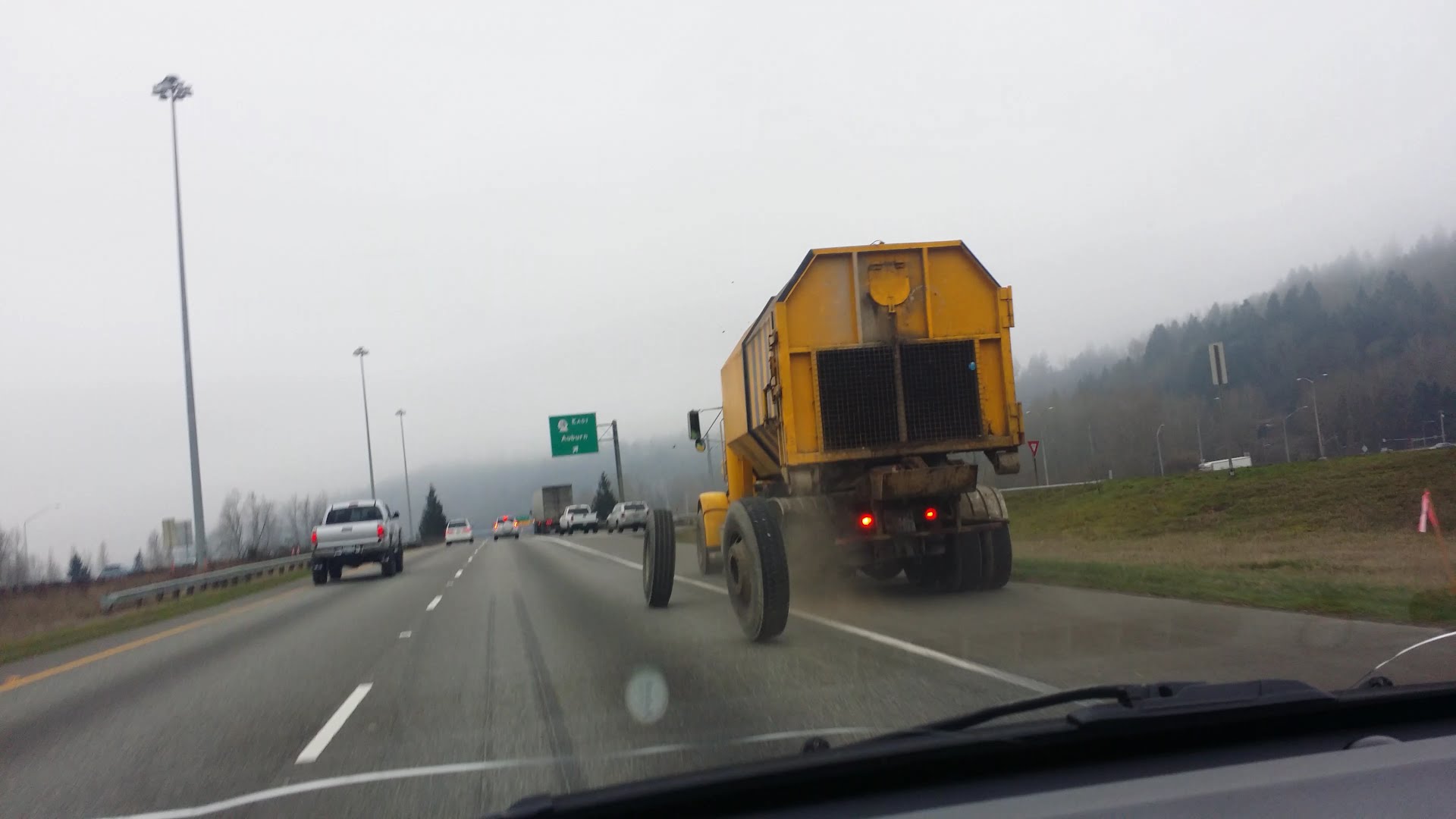 When one of the wheels "tumbles off" a vehicle going at speed, it reacts to this freedom with the eagerness of a circular millstone weighing in the vicinity of 20 and 40 kilos, spinning at in the speed of 10 and 20 times each second, and all the bouncing of rubber and 30 psi of gaseous tension.

Discharged from load, it will overtake the vehicle it falls from and will continue going for a half a-kilometer — unless something stops it — and in the event that it hits the right obstacle, it can jump 10 meters into the air.

On the early start of its adventure, it will have enough force to punch a hole through a stone block wall. For a passerby, its impact would resemble catching a falling Papa Shilandula from 3rd floor.

Luckily, wheels by and large don't always tumble off as you may have noted. Their takeoff requires all the wheel studs (no less than four and in some cases six of them) to shear. What's more, wheel nuts by and large don't do that without a reason. Nor do they do it without giving a clear audible notice, however these noises may not be heard on a bolt rough road surface.

More likely than not, the wheel nuts first turn out to loose as a direct result of carelessness or interference by somebody, some place, at some point, so rather than the gigantic torsional burdens being borne continually and similarly by all studs, decreased nuts and wheel rim in entire shared support of each other, they are transmitted with sledge blows of shaky movement.

Before long, a few studs snap, putting considerably more load on those which remain, quickly those also succumb and the wheel injects.

Reasons for lose nuts are not tightening enough, over-tightening which bends the threads, or if some substance — like dirt or a layer of paint —between the wheel rim and the hub.

The nuts can seem properly tightened against the sandwiched substance, however after some time, constant vibration causes the dirt to drop out or the paint to peel away and fall, a gap is created.

Whenever you change a punctured wheel, you ought to be sure the back of the spare- wheel rim is clean especially the side in contact with the hub and that the the hub is likewise clear. In the event that you repaint a rim, don't paint the surface that touches the hub.

Wheel nuts ought to be tightened in progressive sequence of diagonal opposites – 8 o’clock, 2 o’clock, 10 o’clock, 4 o’clock - to ensure flush tightness, not one after the other in a circle (2,4,8,10).

The nuts must be fully tightened until they won't turn any more with typical arm strength. Over-tightening using full body weight or a long lever will distort the threads and the rim holes, which may then allow the nuts to shake free after some time.

These basic great practices are not generally adhere to,  so even if wheel nuts have been perfectly alright for a number of kilometers between wheel changes, they ought to be checked toward the begin of any long journey and, if you are on a rough road,  in the middle of the journey.