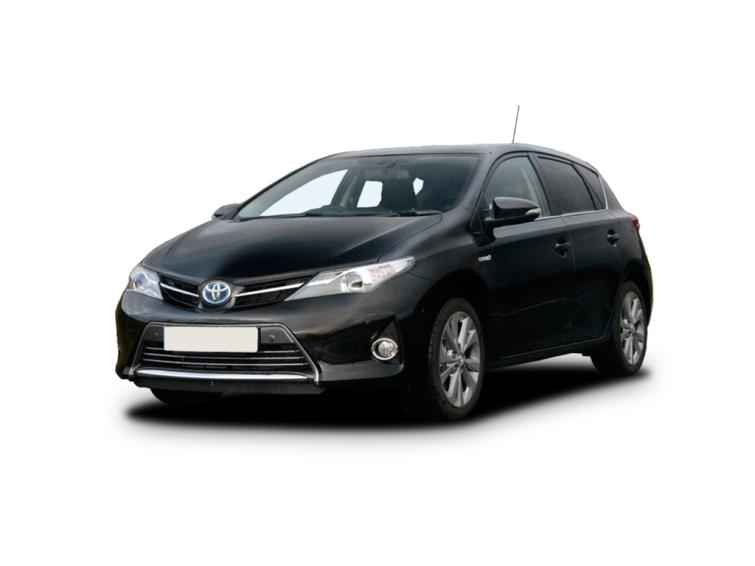 Toyota has given up pretending that the Auris could wow you with its handling, or cosset you in a luxurious interior. Instead, it's concentrating where it knows it can compete - with a spacious, solid cabin, and a good reputation for reliability.

A 2015 facelift improved matters slightly, adding an excellent new 1.2-litre turbocharged petrol engine, but it didn't make the Auris any more stylish, so it's got no chance of competing for younger buyers against the likes of Volkswagen Golf.

The Toyota Corolla is an incredibly popular car, amassing more than 40 million sales since production started in 1966, making it one of the world's best-selling nameplates.

The first generation Auris debuted in 2006, before the original Auris Hybrid arrived in 2010, with Toyota becoming the first and only manufacturer to offer a choice of three powertrains in the family hatchback segment.

Today, the Auris is offered in three flavours – hatchback, hybrid and Touring Sports estate. The current, second-generation model picks up where the old model left off in offering a no-frills, practical and reliable range of family cars.

A facelift was unveiled in 2015, with Toyota using the opportunity to add a new 1.2-litre turbocharged petrol engine to the range, making the Auris the first model to utilise this motor.

2015 face-lift improves steering feel and handling, but it's still not a class leader in any regard. It also saw tweaks to the steering rack to improve directness and feel, which were largely successful. New dampers also improve the low-speed ride, but body roll is still noticeable and it never feels like a car you would enjoy hustling along a country lane. Many Auris owners won't mind this, however.

The new 1.2-litre turbo petrol is the highlight of the engine range: It improves efficiency significantly over the naturally aspirated 1.33 unit, and its 114bhp and 185Nm of torque mean it's flexible and strong. It's also smooth and refined at low revs.

There's no denying that the Toyota Auris is one of the more economical family hatches on-sale owing to fuel saving technology, an aerodynamically efficient design and weight reduction.

The 1.3-litre petrol engine manages 52.3mpg, which is reasonable, but the new 1.2-litre turbo is better in this regard. In Icon spec it manages 58.9mpg.

The lethargic 1.4-litre diesel engine improves for 2015, managing 80.7mpg. The 1.6 unit only manages 67mpg by comparison, but it is the better choice in terms of performance.

Sharper front-end design helps, but the Auris' overall shape is bland and boxy.

The design of the Toyota Auris is pretty angular and the nose features some sharp looking headlights as well as a small grille, which is dominated by a centrally mounted Toyota badge. It's functional and unfussy, but this isn't necessarily a bad thing, as the styling of the latest Golf could also be described as understated.

Toyota has carried over the straight-line theme to interior of the Auris, so while it feels pretty durable the hard, sometimes flimsy plastics disappoint and the dashboard could learn a thing or two from the ergonomically sound Volkswagen Golf - the switches are scattered across the dash and steering wheel, but one good thing is that the central touchscreen is easy to use.

The 2015 face-lift adds new gloss black trim on the dash and some new upholstery, but not much else is improved and it still lags behind the solidity, layout and classy feel of the best in the business.

Other minor niggles on the interior of the Toyota Auris include a clock that’s too far away from the driver and looks like it's from a 1980s digital watch. Meanwhile, the tray ahead of the gearlever, despite featuring 12V and USB sockets, is bit small.

The air-vent design looks a bit half-baked too, as there are two different versions - they’re rectangular in the middle of the dash, and the individual vents at either end are round.

A decently shaped boot, enough cabin storage and good rear space, but not a whole lot of practical or thoughtful touches.

In hatchback form, the Toyota Auris features a decent 350 litre boot. It's smaller than the Golf.

The rear seats split 60:40, and when folded, the boot space expands to 1200 litres. What's more, boot access is good thanks to a low, wide opening and the Toyota Auris has a shallow boot floor which makes unloading easier. A flat-floor can also be slotted into grooves behind the folded back seats to create a completely level load-space.

There’s plenty of room to get in and out of the back and there’s more rear legroom than before, too. The Auris can carry four adults in comfort and five at a squeeze. It's not remarkable in either regard, however.

The current Hybrid version of the Auris has been developed as a hybrid from the start, so the batteries no longer take up any boot space. This makes the hybrid version just as practical as any other Auris.

The Auris shouldn't let you down, Toyota's reputation for building tough, reliable, long-lasting cars is almost legendary, so if a no-nonsense family hatch that won't let you down is your thing, then the Auris is well worth a look.