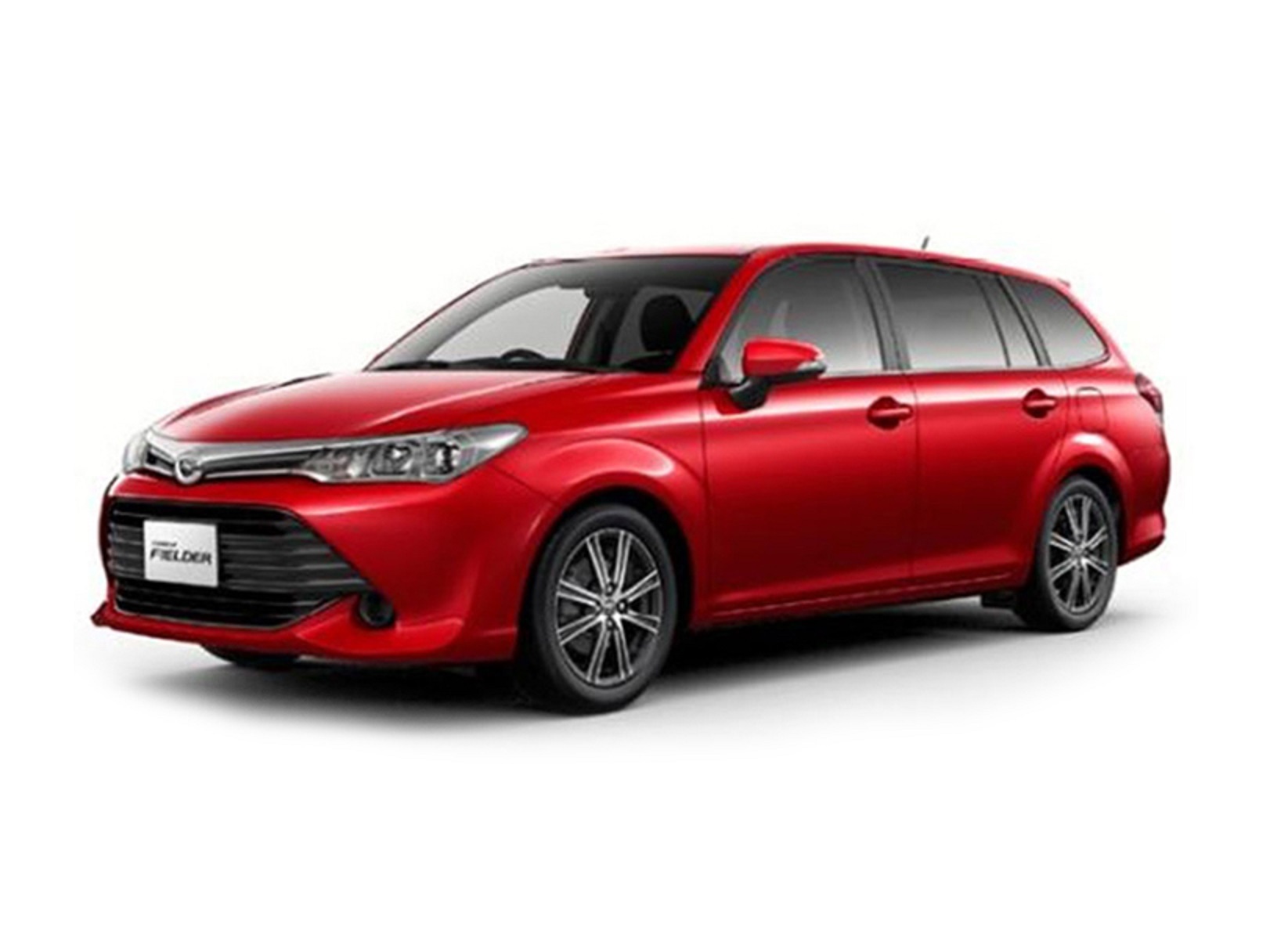 The Toyota Corolla Fielder was introduced in August 2000, accompanying the full model change of the Toyota Corolla Touring Wagon(Gtouring/DX) and adopting Fielder as the second name.
The body size measured in length, width, and height at 4,385mm, 1,695mm, and 1,520mm respectively; compared with the sedan that it was based on, the total length was made 20mm longer, and the total height 50mm higher.
Moreover, the chassis did not use the Toyota Corolla Van as the base as it had in previous models; instead, the chassis of the sedan was used, leading to reduced noise and improved riding comfort.
As for the exterior design, from the A pillar forward, headlights and a grille similar to those of the sedan were utilized; however, from the B pillar and back, a wagon-like expanded design was utilized.
In terms of the interior, the audio installation space was positioned high above in the center console for improved visibility, and silver decorative panels were used for a sportier look.

The transmissions that could be combined with these were the 5-speed manual and 4-speed automatic as the base. Only for vehicles carrying the 1,795cc 190-horespower engine was the 6-speed manual transmission made available.

For vehicles carrying the 1,795cc 190-horsepower gasoline engine or the 2,184cc 79-horsepower diesel engine, the FF was made available as the driving system; for all others, both the FF and 4WD were available options.

In October 2001, with the aim to enrich equipment options, several improvements were made. For the exterior, the radio antenna was changed to a collapsible roof antenna for a sportier atmosphere. Moreover, for certain grades, driver’s seat wide view door mirrors were installed and the area where metal-plated parts were used was expanded.

In September 2002, minor changes were made to the exterior. The designs of the front bumper, lower grille, and side grille were changed to give them a stronger presence. Moreover, the suspension system setting was altered, improving maneuverability and riding comfort.
The environmental performance of the engines were improved, and the gasoline engine was able to attain certification as a “Super-Low Gas Emission Vehicle.”

In April 2004, changes were made that led to the exterior undergoing a significant facelift. The front headlights were changed to more horizontally long lamps, and to match these, the designs of the bumper area and grille opening were changed to emphasize wideness. Moreover, LED was newly used for the rear combination lamps.
Vehicles carrying the 1,496cc 110-horespower engine achieved certification as a “2010 Fuel Consumption Standards +5% Achieving Vehicle” by improving environmental performance and fuel efficiency. Moreover, the diesel engine was removed from the lineup.

The second generation Corolla Fielder was released in October 2006 along with the Sedan. The chassis was carried over from the previous generation model, but each of the parts was improved for enhanced running performance and riding comfort.
The Keep Concept design was continued for the exterior design, but the front grille was made more three-dimensional, exuding a simple and modern air. The body size measured in length, width, and height at 4,410mm, 1,695mm, and 1,480mm respectively, thereby seeing a slight increase in total length while reducing the height; thus, the design was changed to one that emphasized more wideness.
For the interior, the center console was made to be more slanted, thus eliciting a more personal feel. Moreover, silver decorative parts were added to the steering switch, improving quality and texture. Furthermore, the rear seats were made to be stored to the trunk room using one-touch storable rear seats, further improving loading capacity.

For the transmission, only the 1,496cc 110-horsepower engine was combined with the 5-speed manual; for all other grades, the CVT was combined.

In October 2008, minor changes were implemented to the exterior design. For the front area, the designs of the grille, bumper, and headlights were changed, and for the rear, the design of the combination lamps was altered.

In October 2009, FF vehicles carrying the 1,496cc 110-horsepower engine underwent reevaluation of their transmission and engine, leading to an improved fuel consumption of 18.6km/L.

In April 2010, improvements were made to the engine, leading to further improved fuel economy. For FF/CVT vehicles carrying the 1,496cc 110-horsepower engine, fuel consumption was improved to 20.0km/L. Furthermore, the Valvematic was added to the 1,797cc engine, and the transmission was switched to the Super CVT-i, leading to the fuel consumption measuring at 18.6km/L for the FF and 15.6km/L for the 4WD.

The current third generation model was introduced in May 2012 after a full model change. For the exterior, Toyota’s “Keen Look” was applied to the front, utilizing a design that integrated the headlights and upper grille for a wider look.
The chassis was based on that of the Vitz, and thus, the body size was reduced, measuring in length, width, and height at 4,360mm, 1,695mm, and 1,465mm respectively. However, for the interior space, foot space for the rear passenger seats was increased by 40mm, and the trunk length was also increased by 90mm, thus boasting a more spacious interior despite the total body size being made more compact. Moreover, when the rear seats were collapsed, the trunk loading capacity measured at 872L, offering significant storage capacity.

For the transmission, the 1,496cc 109-horespower engine was combined with the 5-speed manual only; for all other grades, the CVT was combined.

In March 2015, alterations led to significant changes to the exterior design. By keeping in line with Toyota’s recent design trends, flatter and wider headlights were used; combined with an enlarged lower grille, a powerful front mask was realized.
Moreover, for safety features, the “Toyota Safety Sense C” was introduced as a maker option – a first for Toyota. The package features a Pre-Collision System (PCS) that helps prevent and mitigate collisions, a Lane Departure Alert (LDA) that helps prevent vehicles from departing from their lanes, and an Automatic High Beam (AHM) that helps ensure optimal visibility during nighttime driving.

READ  How to know when you need a tune-up