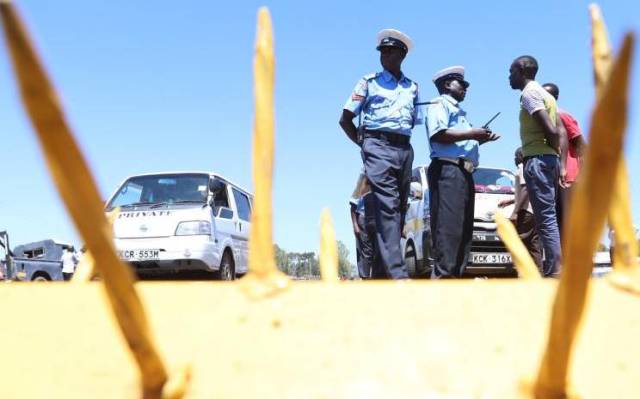 Reports by NTV revealed that the two officers, while manning a checkpoint in Wamunyu - along the Machakos-Kitui Road, stopped a taxi IG Mutyambai had hired as he made his way to his rural home.

One of the officers then started to harass the cab driver, prompting  Mutyambai to intervene.

However, the second officer quickly closed in on Mutyambai and ordered him to keep quiet and mind his business, or they'd arrest him.

“Wewe mzee nyamaza ama tukuweke ndani, loosely translating to, "Keep quiet or we'll arrest you," one of the officers barked out.

The two junior officers failed to recognize their commander, as he was dressed in civilian clothes.

Mutyambai then decided to play the role of a helpless passenger and caved into the demand of the officers by sending each one of them a bribe via his phone, so as to secure safe passage.

As soon as he made his way back to his Nairobi office, the police boss issued termination orders for the two officers and ordered for the transfer of the entire traffic department in Machakos comprising of 47 officers.

"The County Police Commander (CPC) has approved the deployment of the following officers from traffic duty to general duties with immediate effect," John D.K. Muiruri - the CPC revealed.

Speaking to NTV, Muiruri stated that the latest move was necessitated by countless cases of rampant corruption within the department.

He went on to claim that some of the officers were so bold and brazen in their illegal acts, that they had set up businesses using cash attained in the form of bribes.

READ  Kenya Airports Authority (KAA) is auctioning off airplanes abandoned at Wilson Airport, one is going for Sh90k