Home Automakers and Suppliers As early as the 1950s, Citroëns had power steering which was only available in Mercedes Benz and Volvos @KenyanTraffic

As early as the 1950s, Citroëns had power steering which was only available in Mercedes Benz and Volvos @KenyanTraffic 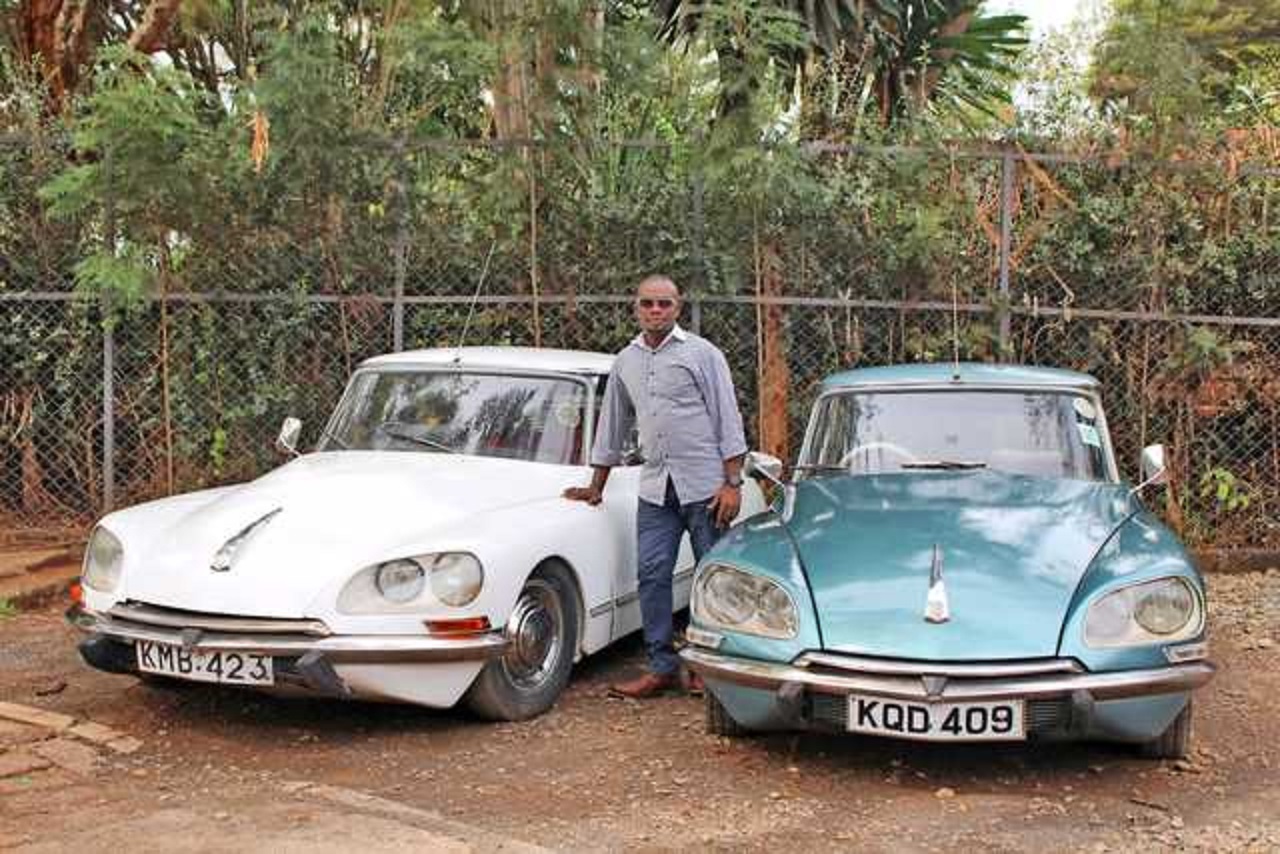 Paul Onditi has always had a passion for classic cars, particularly Citroëns. Yet he did not know at the outset that vintage cars would have tremendous investment potential, nor that his passion would eventually lead to his owning a corral-full of classic cars.

“It’s a lifelong story,” says the well-known Kenyan artist whose interest in vintage cars is not widely known among his peers in the local art world. Yet he does not see his love for classics and passion for painting as conflicting pastimes.

Owning a Citroën is what he calls “a childhood dream” even though he did not see many classic vehicles while growing up in Kendu Bay, Nyanza.

“But Tom Mboya had a Citroën,” he says while seated in one of his latest projects, the Kwa Wangwana Restaurant and Wine Garden, which is situated in a leafy suburb of Nairobi.

“I never saw him drive it since he died before I was born. But his widow used to pass by our place in their Citroën on her way to Rusinga,” says Onditi.

There were several others in his neighbourhood who had a Citroën, a car whose futuristic features also appealed to the young Mr Onditi.

“As early as the 1950s, Citroëns had power steering which only Mercedes Benz and Volvos had,” says the artist-restaurateur who currently owns seven Citroëns.

The remaining six out of his current total of 13 include a Volkswagen Kombi, Volkswagen Valiant, Saab 900 Turbo Double, Fiat 850, Opel Kadett and a 1998 Mercedes-Benz W140. The maximum number of classic cars that he has owned at once is 14.

READ  What are some interesting facts about Formula 1?

But his heart will always belong to the Citroëns, along with his wife Christine and his children.

One other reason for his devotion to the Citroëns is its futuristic style of ‘sleeping’ whenever the car is turned off and the back end of the body ‘collapses’, hiding the rear wheels. Then when the vehicle is started up again, it immediately ‘wakes up’ as if it was coming to attention and the driver was royalty or a dignitary of some sort.

But Mr Onditi did not start collecting classic cars in his youth. Nor is it a hobby that he recommends everyone with money should seriously consider taking up.

“It is not wise to just go out and buy old cars. But if you’re prepared to do the research and keep your eye on the market, collecting vintage cars can be a good way to invest,” he says.

“You should only buy a vehicle that won’t depreciate. If you buy a classic, you may have to wait a few years, if you’re patient it’s bound to appreciate significantly,” he adds.

For example, he says, that Land Rovers will soon be going out of production, which is bound to mean that after some years they will accrue in value substantially.

The implication being that even if you have an old rusty Land Rover, it is wise not to sell it. And if you see one on the market, it might make sense to snap it up right away.

Not so with a Toyota, he remarks, since its value is bound to diminish after five years.

Find this story on Business Daily