Home Global News When the Anti-Theft System gives you trouble

When the Anti-Theft System gives you trouble 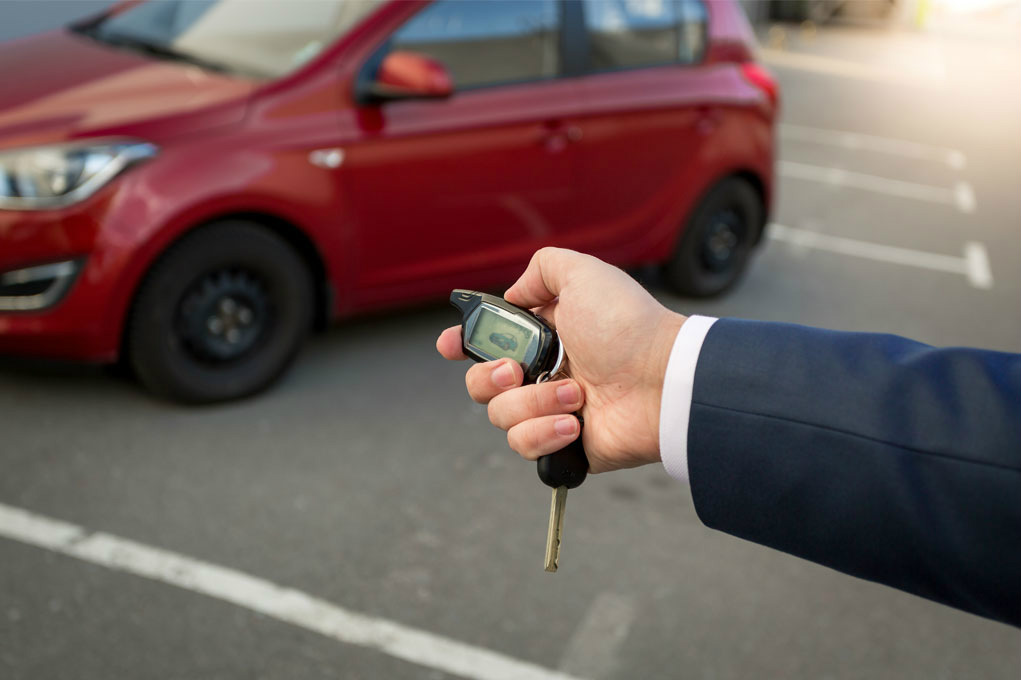 Anti-theft systems are designed to deter auto theft. Most do a pretty good job of doing just that. But anti-theft systems also cause a lot of annoying problems when they act up. Your car might not start. Or, the system may suddenly kill the ignition while you are driving, causing your car to stall. Or, the alarm may go off when you open the door with the key and not shut off. Or the alarm may go off for no apparent reason.

Factory installed anti-theft systems are usually more reliable and less apt to misbehave than aftermarket anti-theft systems. One of the reasons for this is how the system in installed in the vehicle. The factory systems are usually integrated into the body control module (BCM) and powertrain control module (PCM), and are designed to prevent the vehicle from starting if someone attempts to start the engine without the key. Many factory systems will also sound an audible alarm (the horn or a second hidden horn) and flash the lights if someone opens a door without first unlocking it with the key or keyless entry fob. Most aftermarket systems are designed to do the same thing, but may also include a remote starting capability, GPS tracing if a vehicle has been stolen, and even remote disabling.

The main problem with aftermarket installations is the installer. If the person who wires the anti-theft system into the vehicle is properly trained and does a professional job, you shouldn't have any issues with the system as long as it is working properly. But if the installer does a hack job of splicing into the wiring, he may create a variety of potential problems. Tapping into the wrong power circuit may rob voltage from a critical system, causing other problems that may seem to be unrelated to the anti-theft system. We've heard of aftermarket anti-theft systems setting engine misfire codesbecause it was cutting out the ignition for a split-second or two while the vehicle was being driven.

Another issue with some aftermarket anti-theft systems is the quality or durability of the electronics used in the anti-theft module. A lot of electronics come from China these days, and a lot of this stuff uses recycled chips and other components, or ones that are very poor quality. Consequently, a year or two down the road, the electronics crap out and the system starts to cause problems or fails completely. The only fix for this is to buy a system that has the longest possible warranty, and hope the manufacturer is still in business and will honor that warranty should you have an issue later on.

If the security or anti-theft light is flashing when you attempt to start your car, and the engine does not crank or does not start, you have an anti-theft problem. The system may not be recognizing your key or keyless entry signal, or there may be a fault in the anti-theft module, keyless entry system or wiring.

If your vehicle has a smart key or smart key fob, the battery in the key or fob may be dead, or there may be a fault in the key or fob chip that is preventing the Anti-Theft system from recognizing it. A dealer will have to diagnose the system with a factory scan tool to determine what might be causing the problem.

Can You Disable or Circumvent Your Anti-Theft System?

If it is a factory-installed system, probably not. Remember, these systems are designed to thwart auto theft, so if they could be easily disabled or bypassed, auto thieves would do so. There are always ways to get around an anti-theft system, but most are too time-consuming or expensive or complicated for the average do-it-yourselfer to attempt. Besides, if we told you the secrets of how to bypass your anti-theft system in this article, we'd be giving the keys to your car to anybody who might want to steal it.

If the anti-theft system is an aftermarket system, and you have the installation manual or instructions that came with it, you could find all the places where it is spliced into the wiring and disconnect the system. Or, you could take it back to the installer and ask them to remove it or replace it with a new system.

One of the protective measures that is designed into today's anti-theft systems is that only new car dealer personnel with factory scan tools can access the system for diagnosis or repair. So if you have a problem with a factory-installed anti-theft system, it will most likely mean a trip to the dealer for diagnosis and repair.

NOTE: Certified locksmiths who have undergone screening, are bonded and have met all the criteria for anti-theft access can also qualify for gaining access to anti-theft service information. But because of the cost involved, not many have signed up for this program.

Various types of anti-theft systems are used by vehicle manufacturers: General Motors has one system called a Content Theft Deterrent (CTD) system that sounds an alarm if the doors are opened without the key. But the system does not prevent a car thief from driving your car away.

Most use an ignition key that contains a coded transponder chip. The key is read by a transponder receiver in the ignition switch. The key signal is then routed through the anti-theft module or body control module (BCM) to the engine computer, which receives either a "go" or no go" signal.

If the PCM receives a no-go signal or no signal at all from the anti-theft system, the computer won't enable the ignition, fuel system or starter (depending on how it is configured) so the engine won't start when you turn the key.

Your main clue as to whether or not you are dealing with an anti-theft system problem or some other type of problem (e.g. Engine Won't Start) is the security or anti-theft light. If the light continues to flash when you attempt to start the engine, the anti-theft system is sending out a no-go signal and you are not going anywhere. Call a tow truck and have your car towed to the dealer for diagnosis and repair.

What Goes Wrong with Anti-Theft Systems

The anti-theft system may not be recognizing your key because the chip inside the key is faulty or has been damaged. Or it may not be reading the key because of a fault in the receiver inside the ignition switch. Sometimes interference from other computer chip keys on your key ring may be interfering with the signal that the correct key is supposed to be sending to the receiver in the ignition switch.

Chrysler had a problem with this on some of their cars if the vehicle owner had a second key to a different Chrysler on the same key ring. Sometimes the anti-theft receiver would read the correct key and start. The next time, it might read the wrong key (even though the other key was not in the ignition) and not start. Or worse yet, it might lose the signal from the correct key while driving and pickup up the other key, causing the engine to suddenly stall. The fix was to tell motorists with this problem NOT to put two different Chrysler keys on the same key ring.

If your car has a keyless entry system or remote starter, and is not starting (anti-theft light flashing), the battery inside your keyless entry fob may be dead (try changing the battery), there may be a fault in the fob itself (try a second fob for your car if you have one), or the receiver may not be picking up the signal. The only fix for the latter is to have the dealer see if the module is receiving a signal and processing it correctly. If it is not, they will have to replace the keyless entry receiver or anti-theft module.

If you have a bad key, have lost your keys, or the anti-theft module has been replaced, the anti-theft system will have to be reprogrammed to identify and accept the new keys or replacement module. On some Mercedes models, the ignition keys are matched to the PCM. This means you have to also have to replace the PCM if you lose your keys because reprogramming is not possible!

Reprogramming can only be done by a dealership technician using a factory scan tool, or by an authorized locksmith if you can find one who can do computer keys. Some anti-theft system reprogramming or relearning procedures can take 20 to 30 minutes or more to complete. Time-delays are built into the procedure to discourage someone from using a factory scan tool and access codes from hacking your car's anti-theft system and reprogramming the keys.