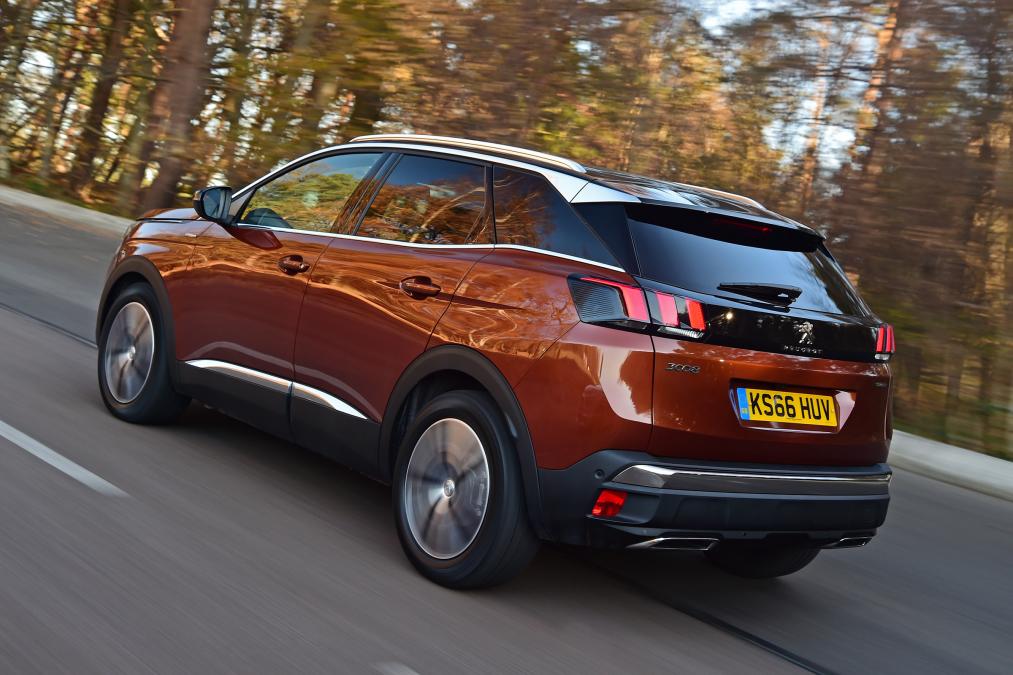 Not much fun to drive, styling won't be to all tastes, no 4WD option

The Peugeot 3008 is now better than ever, and is up there with the best cars in the crossover class. That’s thanks to its top-notch interior, up-to-date in-car tech, refined drive and competitive engine range.

It’s also practical and good to drive. It’s comfortable, too, with a well judged ride that’s firm enough to stop it feeling bouncy, but soft enough to glide over bumps in the road.

For many, the Peugeot 3008 will offer everything they need: it’s economical, practical and upmarket, all at a reasonable price. If you’re after a small SUV or crossover, the 3008 should definitely be on your shortlist.

There's no part of the car market that's quite as popular as the crossover sector, and the Peugeot 3008 is one of the class leaders. The second generation model has style, technology and comfort on its side, making it a top choice for buyers looking for a high-riding family car.

Those sharp looks don't come at the expense of practicality, as there's plenty of space inside for passengers and luggage alike. Even better is the 3008's stylish interior design, with plenty of soft-touch plastics and solid switchgear. Standard kit is pretty good, too.

All models get two-zone climate control and rear parking sensors, while a 12.3-inch digital instrument display is also included, with a separate infotainment touchscreen. Move up to an Allure model and 18-inch alloys, sat-nav and blind-spot detection are added among others, while the sporty GT Line gets a subtle bodykit and even more standard equipment.

Five or six-speed manual gearboxes are offered depending on which engine you go for, while a six-speed auto is optional on selected engines across the range. All cars are front-wheel drive, but there's no 4WD option offered. Instead, Peugeot's Grip Control system is offered instead. This adds a rotary controller to the dashboard which allows you to select different driving modes to suit the terrain you're crossing. It's essentially an advanced traction control that adjusts the amount of slip the system gives, while also adjusting gear selection in auto models.

The 3008 competes in the hard-fought crossover class, but it's a front-runner against a long list of rivals like the Nissan Dualis, Volkswagen Tiguan, Kia Sportage, Mazda CX-5, Ford Escape, Toyota RAV4, Honda CR-V and Nissan XTrail.