Home Driving Advice Are bullbars legal or illegal in Kenya?

Are bullbars legal or illegal in Kenya? 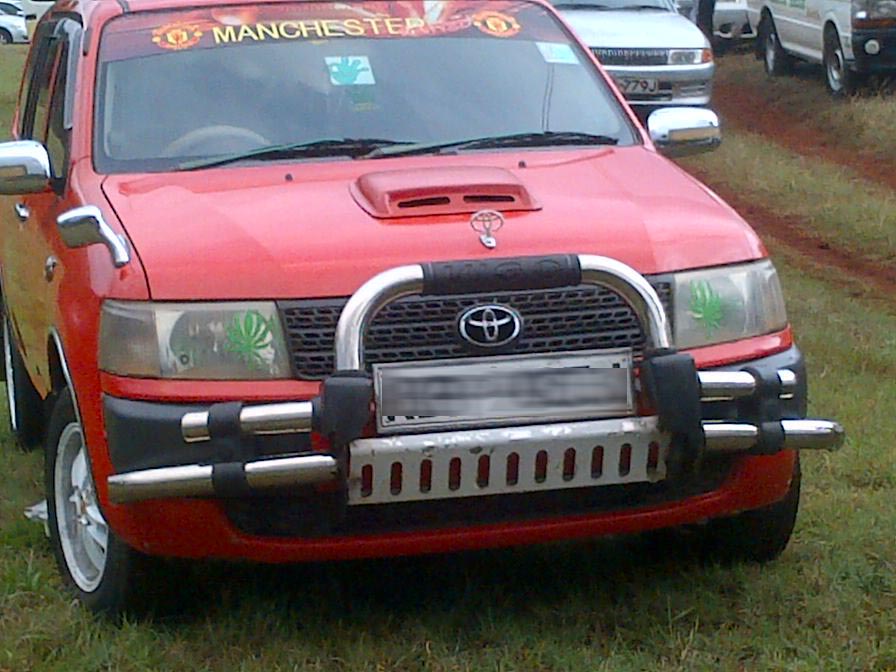 Firstly, The East African Community had raised a proposal that bull bars be banned in all EAC countries as early as 2010. Below is the argument:

Proposal to Ban Bull Bars in the EAC

Case for banning bull bars
The use of bull bars (also roo bar, nudge bar, brush bars, bush bars) started in Australia, where they were designed as 'roo bars-short for kangaroo-to prevent kangaroos from being scooped up by the sloping bonnets of vehicles on impact and going into the passenger's space. A bull bar is not essentially designed for the protection of the driver against impact in an accident but designed for use in the more remote areas off road to shield against wild animals and minor accidents that would damage and strand the vehicle in wilderness.

Currently bull bars are used in the EAC in the belief that they prevent disabling and trivial damage to the fronts of vehicles. They are also being sold because they are aggressive in appearance and will intimidate other road users with the message, "This vehicle is tougher, harder and stronger than you. Keep out of my way." They have also become a declaration of the life style of the person.

Research and experiments indicate that bull bars create adverse effects during impact and may defeat the effectiveness of the protection already provided by the design of vehicles during accidents. There are crumple zones in vehicles to cushion off and absorb the impact energy in accidents so that the least possible energy is transmitted to the drivers and passengers. Rigid bull bars, mostly installed on the vehicle chassis, impair the function and effectiveness of the crumple zone in case of accidents, thus transmitting most of the impact energy onto the drivers, causing serious injury.

Research also shows that most pedestrian injuries are normally caused by frontal impact. Given that bull bars are often installed at the chassis and made of material harder than the vehicle fronts, they are more likely to inflict more injury on pedestrians than vehicles without such an attachment. Their higher position in the vehicle fronts also makes such bull bars particularly hazardous to young children, as the main heavy-duty cross bar is at head-height or above.

Studies by safety organisation and independent scientists, Britain, Germany and Australia, have concluded that the rigid metal structure concentrates and multiplies the force of impact at the level of a child's head and vital organs.

Some manufacturing companies have altered the bars' image by changing the name from the aggressive bull or nudge bar to the protector bar and are selling them to owners of vans. The term protector bar is deceptive. Research proves it to be entirely inappropriate, but some van drivers feel that they are under threat because they have no engine but only a thin layer of metal between them and the rest of the road traffic. Manufacturers of vans adamantly deny that there is any truth in the belief that those vans are inherently dangerous. Even if it were true, it would be unforgivable for people to make themselves safer by greatly magnifying the risk to other road users, including pedestrians and cyclists.

All the research has proved that bull bars fitted on four-by-fours or vans increase the severity of injuries and multiply the number of deaths not only for the people who are hit but for the passengers and drivers of the vehicles on which they are fitted, for reasons that we all understand. Bull bars stiffen the fronts of vehicles and destroy the vital controlled shock absorption that is designed into vehicle fronts. The forces of the crash are transferred from the vehicle and the impact hits the bodies of those inside, increasing their injuries.

Bull bars also interfere with the operation of air bags because the sensors are put out. The bags can inflate unnecessarily, but may well not be activated when they are required in a smash. By wrecking the aerodynamic profile-they alter what are known as the laminar boundary layers-the weight and the drag of the vehicle are increased, thus adding greatly to fuel costs, air pollution, tyre wear and making handling more difficult.

Few studies have been carried out on the extra injuries caused to passengers in vans, but studies in Australia showed that no extra safety is to be gained by the use of bull bars. In detailed studies in Australia it was found that injuries were likely to increase as the force was concentrated into a smaller area. In one accident examined, the bull bar changed shape and inflicted injuries to the top part of the body of many people in the van.

Bull bars vary considerably in size and form, and are usually made of welded steel or aluminium tubing, and, more recently, moulded polycarbonate and polyethylene materials. Due to the number of deaths and injuries caused by cars with rigid metal bullbars (in 2000 some 2,000 deaths/year and 18,000 serious accidents/year in Europe), the sale of metal bullbars was banned in the European Union via Directive 2005-66-EC.

In recent times bullbars have become popular as a cosmetic accessory, particularly on the larger four wheel drive and Sports Utility Vehicles (SUVs). Studies and media attention to them and their role in increasing pedestrian deaths led to an agreement with the European Union among carmakers not to install them on new vehicles from January 1 2002. This was followed by a full EU ban on the sale of rigid bullbars (e.g., by aftermarket fitters).

Vehicle manufactures are continuing to improve the design of vehicles to make them safer for motorists and pedestrians. The fitting of a bullbar simply nullifies the effects of these improvements.

What does Kenya Traffic Act say about bullbar?

There is no explicit mention of the word bullbar in the Act. However, section 55 implies that they could be deemed as modification of recommended vehicle dimensions and danger to road users. Here is how it reads:

(1) No vehicle shall be used on a road unless such vehicle and all parts and equipment thereof, including lights and tyres, comply with the requirements of this Act, and such parts and equipment shall at all times be maintained in such a condition that the driving of the vehicle is not likely to be a danger to other users of the road or to persons travelling on the vehicle.

READ  Motorist told not to give way at all to any VIP who is not on this list, don't let them bully you